View source
watch 02:46
The Quarry - The Loop
Do you like this video?
Play Sound

Moder is the fourth boss of Valheim. She appears as a massive frost dragon with black scales, a white fur mane and tattered wings. According to numerous runestones, she is the mother of all Drakes.

Moder's Forsaken altar is located in the Mountains. Her location can be found when visiting specific ruined structures, typically at the top, where a Vegvisir will reveal her nearest summoning location on the map.

She is summoned by placing 3

Dragon egg in her Forsaken altar in the Mountains. Like all bosses, Moder can be summoned as many times as desired, provided the required materials are met.

Considering the extensive weight of Dragon eggs (200), purchasing and wearing a Megingjord from Haldor will help as it increases one's carry weight by 150.

Moder has the ability to fly but will also choose to land, alternating between the two. She is accompanied by an environmental aura that forces Freezing Effect even in other biomes.

When airborne she will fire a barrage of ice projectiles with some inaccuracy (cone shape-like). Each projectile deals 30 Pierce, 200 Frost, 200 Chop and 200 Pickaxe damage. Upon impact with the ground, a crystal forms about as tall as the player. The crystals will fall apart around 30 seconds later. They can also be attacked and have 10hp.

While grounded, she can perform a swipe attack with either claw or a bite, all of which does up to 110 Slash, 1000 Chop and 1000 Pickaxe damage

While grounded, she can let forth a blizzard-like blast of breath which is cone-shaped and reaching medium range. It deals up to 200 Frost, 200 Chop and 200 Pickaxe damage.

Defeating Moder affects the following events for that world: 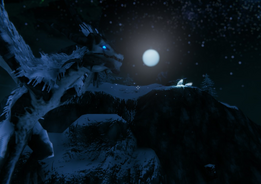 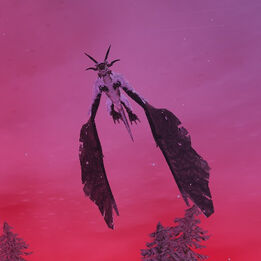 Moder sitting upon the altar 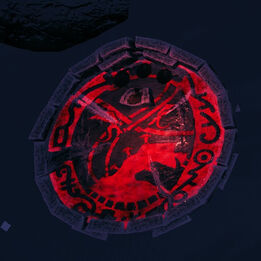 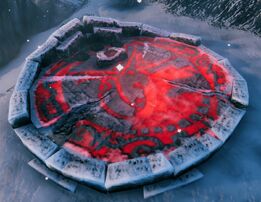