View source
watch 04:03
Wiki Targeted (Games)
Do you like this video?
Play Sound

Greydwarves are hostile creatures that appear as groups in Black Forests. They attempt to get close to hit with their claws but will also throw rocks at distant targets. They avoid being near fire which makes a Torch and Campfires an easy way to defend against them.

Starred variants can be distinguished by having a red or blue skin. 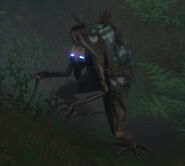 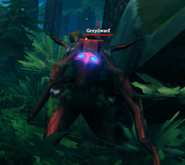 A Two-Star Greydwarf. Note the blue bark and accents.

Greydwarf, skeleton, and blob in melee, doing your work for you.
Čeština Français Русский
Community content is available under CC-BY-SA unless otherwise noted.
Advertisement