View source
watch 04:03
Wiki Targeted (Games)
Do you like this video?
Play Sound

Fenrings are large, black werewolf-like creatures found in middle of Mountains during the night time. They have much higher health than Wolves but attack more slowly.

Be careful when fighting them in melee since they recover from parry almost instantly. 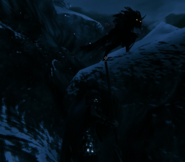 A Fenring up on some rocks 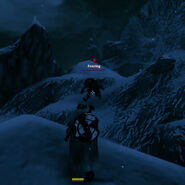