View source
watch 02:46
The Quarry - The Loop
Do you like this video?
Play Sound

Eikthyr is the first boss of Valheim. He appears as an abnormally large stag with iron chains wrapped around his electrified red antlers.

Eikthyr's Forsaken altar is located in the Meadows. To the left of his Sacrificial Stone is a small glowing Runestone called a Vegvisir; interacting with it will add his closest summoning location on the map.

He is summoned by placing 2

Deer trophy in his Forsaken altar in the Meadows. Like all bosses, Eikthyr can be resummoned as many times as desired, provided the required materials are met.

Eikthyr has three types of attacks in addition to an environmental aura that forces darkness and removes raining.

Defeating Eikthyr affects the following events for that world:

Defeating Eikthyr unlocks Greydwarves to spawn in the Meadows at night. They can only have 0 stars. 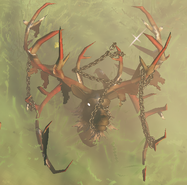 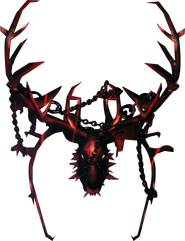 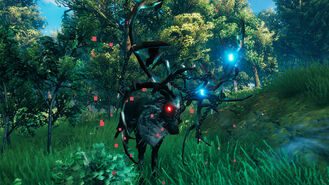 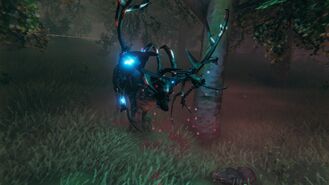 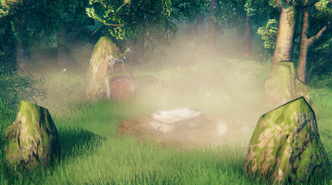 Hold, traveller, and bear witness to my warning. We are many who have come before you, carried here by Odin's will to do his work. The path ahead is hard and the dangers great. If you hold your life dear, keep to these meadows and make your dwelling away from the trees. Fear the Horned One and spare his kin.